Our project is a simulation of an asteroid impacting the Earth. We were inspired by this GitHub repo.

After the first collision, there are 552 particles being simulated at:

Without GPU-accelerated computation, these would be running at 20 FPS and 1.5 FPS respectively.

At the beginning, there are two particles, an asteroid and a planet, on a collision course with each other. When they collide, they are deleted and replaced with 64 chunks and 488 chunks respectively.

Our chunks were made in Blender by slicing meshes and filling them in. 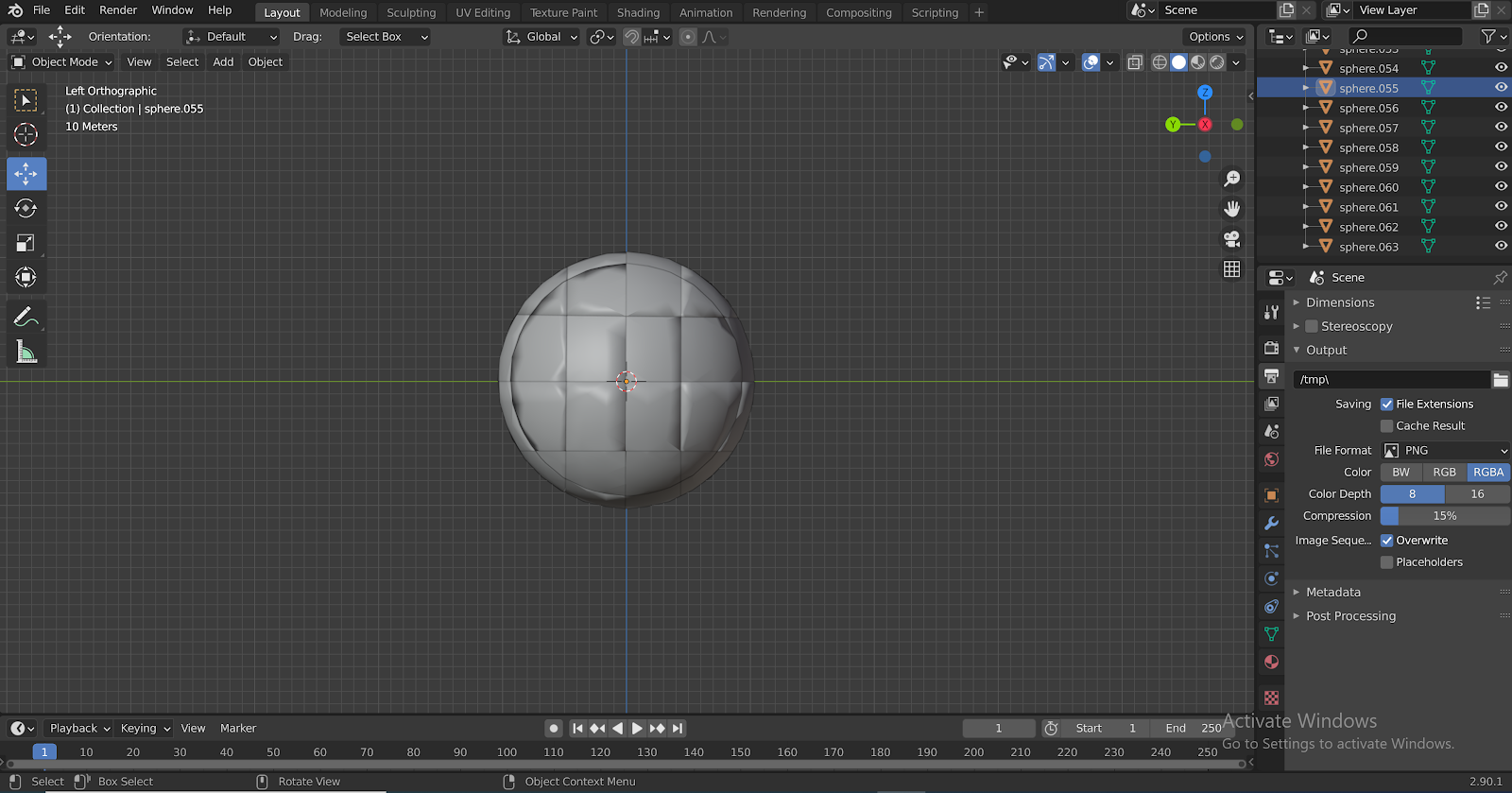 Our physics engine runs in the following 4 steps:

When the CPU receives the GPU’s output, the gravity is written to the particles and the intersecting ones are recorded in a contact index.

Contacts keep track of an internal state to improve the stability of low-relative velocity contacts. This phase performs the following tasks:

I describe this step in detail in this blog post.

This phase performs a single Euler step of position and rotation.

Position is integrated with

where s is position, v is velocity, and Δt is the time step.

Rotation is stored in a matrix Θ to avoid gimbal lock. Angular velocity is a vector ω which is in the direction that the axis the object is rotating around using the right-hand rule, scaled to the speed in radians per second.

Suppose M is the matrix representing a rotation of ∣ω∣⋅Δt around ω. Thus, we integrate rotation with