I decided to take my radio’s APRS functionality for a spin on the ride home this Thanksgiving break.

Unfortunately, there was horrible coverage along most of the trip. It seems I got picked up by the W6DXW-1 digipeater in King City, KI6ETL-10 in San Jose, and WA6TOW-2 in Pacifica while I was in San Mateo, which is extremely puzzling. Perhaps just due to sheer luck. I have a Nagoya NA-771R, but its SMA connector broke, so I wasn’t able to use that. Instead, I had to rely on the rubber duck antenna, and I think I’ll blame that for my problems. I’m attempting to superglue the SMA connector, but it doesn’t seem to be holding very well - there’s a few degrees of wiggle when I install it on my handheld. I’ll try soldering next, and if that doesn’t work, I’ll just have to get a new one.

Another antenna I could try is my folding Abbree tactical antenna! It’s very long and it flips out dramatically, asserting dominance over people who don’t have antennas that are as long.

Additionally, when I slot it in my backpack, it fits perfectly and looks extremely tactical, for the extra assertion of dominance. There is little reason to not use it. 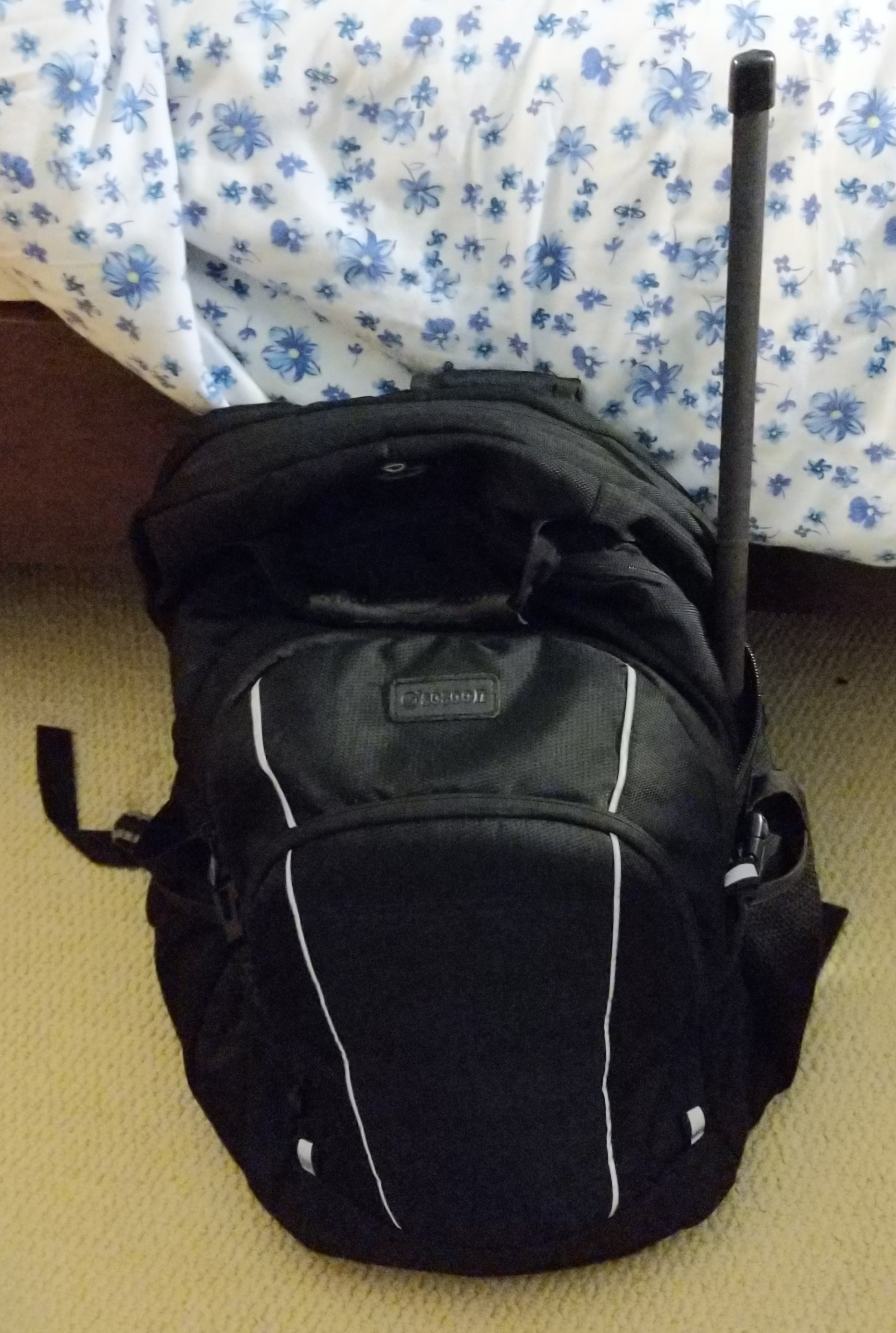 Well, we’ll see how it goes on the ride back. Perhaps I might perform some tests around the neighborhood with the antennas beforehand, and hope I don’t get the cops called on me for being a weird lady walking around town with a strange walkie talkie.